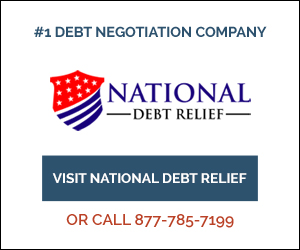 Tag: how to do debt negotiating

If you’re like many Americans you’ve been forced to run up a pile of debt in order to take care of your family. Your responsibility is to take care of it even if this means maxing out your credit cards or taking out personal loans. You honestly wanted to repay those credit cards or loans but the money was just never there. It took everything you were able to earn just to pay your rent or mortgage and buy groceries, clothes and gas. Maybe it was just a case of unfortunate circumstances. Maybe you lost your job or one of you family members suffered a serious illness and the bills just kept piling up. Despite your best intentions the debts just kept accumulating until now you’re feeling totally overwhelmed.

You are not alone

Whether this is good or bad the fact is that debt has become the American way of life. One recent study revealed that the average American household is carrying $15,480 in total debts and that the average American has $7,115 in credit card debt alone. In fact, getting in debt has become almost a way of life for most Americans. We’re bombarded almost daily with offers for credit cards that come with cash back, juicy rewards or airline miles – some with zero interest for six or even 18 months. Many of these cards offer bonuses if you use them at restaurants or certain retail stores – providing even more of an incentive to add on debt. Shopping on the Internet has become wildly popular and is even easier than going shopping with a credit card. All that’s required is to pick out an item, push a button and presto! It will show up on your doorsteps in just a few days. You might even avoid having to pay a sales tax and get free shipping to boot.

If it’s gotten to the point where you’re skipping payments on your credit cards or defaulting on a loan, it’s time to do something. But the question is what to do. If you have no way to get the money you need to catch up on your payments, if you have creditors calling and harassing you constantly and you’re on the verge of declaring bankruptcy then one option is negotiating with your creditors. It’s more difficult than filing for a chapter 7 bankruptcy but is better in that if you can successfully negotiate settlements with your lenders it will not have as negative an impact on your credit score as would a bankruptcy.

The advantages of negotiating with your creditors

If you don’t want to take the chances of filing for bankruptcy or being sued, there are advantages to negotiating with your creditors. This will ease up on the pressure you’re feeling and if you are able to successfully negotiate settlements with them; it will save you money and make your life much easier and less stressful. Many people have done debt negotiation successfully with their creditors and saved thousands of dollars. Plus, this got them out from under the load of debt they felt was crushing them. However, be forewarned that debt negotiation is neither simple nor easy. It can take time, patience and some negotiating skills to do it successfully. But if you are able to do debt negotiation with your creditors you can stave off bankruptcy, keep from defaulting on your debts and prevent them from being sold off to those nasty debt collectors that can make your life totally miserable.

Why not just file for bankruptcy?

If you’re so deep in debt you feel as if you were in a hole you could never dig out of then the idea of filing for bankruptcy can seem very attractive. The day you file the bankruptcy court will issue what’s called an “order for relief.” This will automatically stop all repossession and collection activities. It will also stop any wage garnishments. In fact, if your wages are being garnished, filing for bankruptcy is the only way to find relief besides paying off the debt

It’s possible these days to get a chapter 7 bankruptcy done through an attorney for $500 or less or you could even do it yourself. It’s almost like waving a magic wand because a chapter 7 bankruptcy will almost instantly dismiss (eliminate) most all of your unsecured debts including credit card debts and medical debts. You could walk out of bankruptcy court owing practically nothing and feeling like a new man or woman. But there are some serious negatives to a bankruptcy. For one thing you‘ll find it very difficult to get any new credit, including a new credit card, for anywhere from two to three years. When you are able to get new credit it will come with a very high interest rate. A bankruptcy will stay on your credit report from either seven or 10 years. This could also keep you from getting that great new job because some employers just won’t hire people who have had bankruptcies. In addition, your auto insurance and an auto loan will cost you more and you might not be able to find a new place to live because many landlords refuse to lease to a person who has had a bankruptcy.

How to do debt negotiation yourself

The first thing you need to do for successful debt negotiation is quit paying on your debts for six months. Of course, if you’ve already been missing payments it might not take you six months to get to this point. But it’s important because most creditors won’t talk debt negotiation until you’re at least six months behind in your payments. Timing can be critical here. This is because most creditors will sell your debts after six months to another entity such as a debt collection agency. So it’s important to track how long it’s been since you missed a payment to a creditor so that you can contact it just before you exceed those six months.

When you contact the creditor you need to “sell” it on the importance of negotiating with you. The way that most people do this is by either saying are inferring that if the company won’t negotiate with you your only option will be to file for bankruptcy in which case it will get nothing.

You might want to open negotiations by offering to pay 40% of your debt. You probably remember that old saying that “half a loaf is better than none.” This is the idea you need to emphasize, as you must convince the creditor that getting 40% or 50% of what you owe is better than not getting anything.

This may be obvious but we need to say it anyway. Creditors don’t want to settle debts for less than what you owe. The banks and credit card companies all have different titles for their various customer service departments. It may take many phone calls to work your way through the various levels before you get to the one that can negotiate with you. Stay calm and polite during these phone calls. When you do get to a person that has the authority to handle debt negotiation treat him or her courteously. It’s likely that you will run into a lot of resistance initially. In this case try to stay calm. Losing your temper and shouting at a customer service representative will get you nothing. You need to remain firm in your demands but keep your temper under control. Keep in mind the old saying that “honey catches more flies than vinegar,” meaning that you’ll get much further in your debt negotiation if you are civil and friendly sounding than if you come off as harsh and demanding.

How much do you offer to satisfy the debt?

Since this is a negotiation you don’t want to start by offering to pay off, say, 30% or 40% of what you owe. Instead, start on the low side by offering maybe 40%. This leaves room for the negotiating where your creditor might make a counter offer at 70% and you then counter the counter at 60% until you reach a compromise of maybe 50% that’s acceptable to both you and your creditor.

The downsides of debt negotiation

While a successful debt settlement negotiation will save you money and get all those creditors off your back, it does come with some downsides. First, you will need to have the money available to pay off those settlements. In fact, this should be one of the biggest points of negotiation – that if the creditor settles with you today you will pay it immediately either by cashiers check or wire transfer. Where will I get that money, you ask. Here’s where it’s important to remember that you have not been making any payments on that bill for six months. If you saved some of this money you could use it to pay your settlements. Otherwise you might have to borrow the money from a friend or relative or do something drastic such as downsize your house or automobile or get a second job to raise the necessary funds.

Second, as noted above debt settlement will have a negative effect on your credit score. The reason for this is that when a creditor agrees to a settlement it will report to the three credit bureaus that the debt was “settled for less than the full amount due,” “partial payment accepted,” “settled” or “settlement.” No matter which term the creditor uses the result will be the same, which is your credit score will be reduced – probably by 80 points or so. While this is certainly not as bad as a bankruptcy, which some experts believe will reduce your score by anywhere from 180 to 200 points, it will definitely have an effect. For example, if your credit score was 650 and debt settlement dropped it by 80 points it would now be 570 and this would move you from having an “average or okay” credit score to a “low” credit score. In turn, this would mean you would pay more interest on any new credit card you are able to get as well as on your auto insurance and any loans.

As you can see it takes a good deal of time and negotiating skills in order to do debt negotiation. Plus, you need to have the funds available to pay off your settlements. These are the reasons why many people choose to hire a professional debt settlement firm to do the debt negotiation for them. This eliminates both the stress of trying to negotiate debts yourself and the need to have the money to pay for the settlements. An ethical debt settlement firm charges no upfront fees and will immediately tell you what it will charge for its services. It should have at least an A rating with the Better Business Bureau and a history of being able to successfully negotiate settlements for its clients. If you do hire a professional debt settlement firm you will likely be required to send it money while it’s negotiating your debts. This money should be put into an escrow account that only you can manage. Once all your debts are settled to your satisfaction, you release these funds to help pay for the settlements. In most cases this will not be enough to completely pay off your settlements so the debt settlement company will likely +offer you a payment plan to break what you owe into more manageable monthly payments. This plan could require anywhere from two to four years to complete depending on how much money you owe.